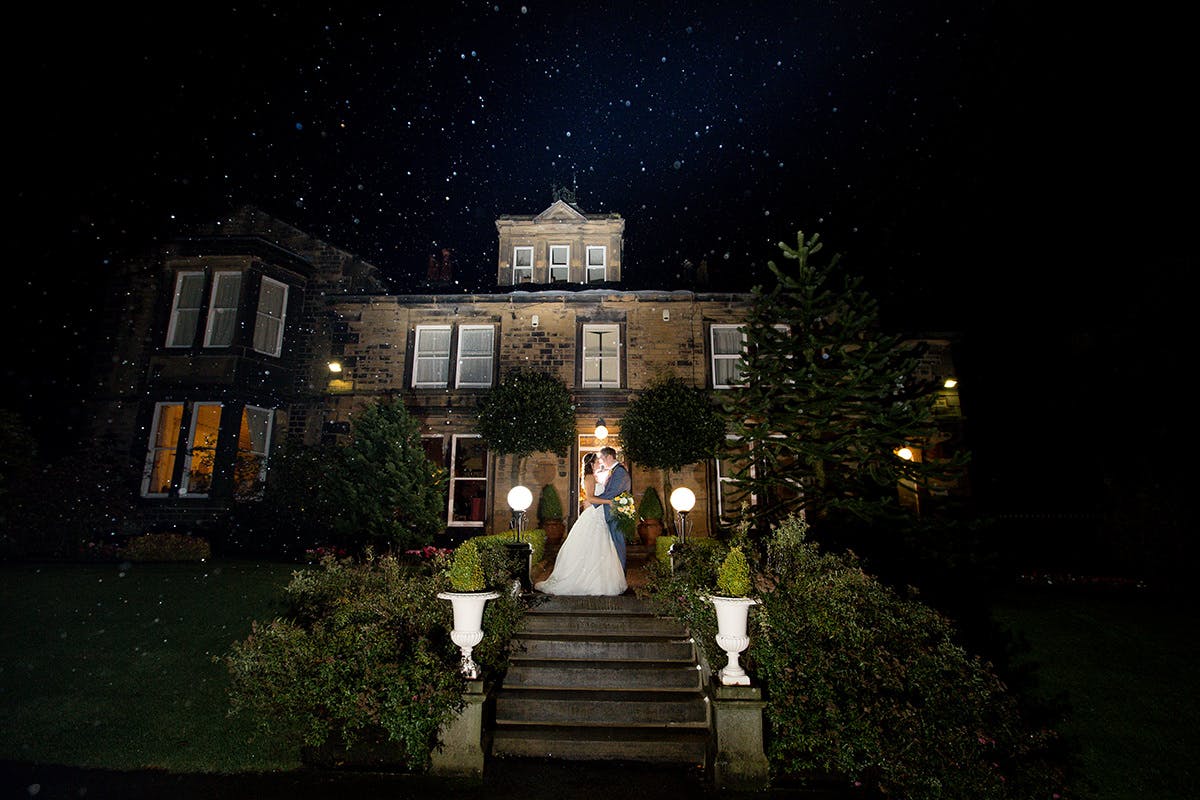 Dan and Elle are such a lovely gentle couple. Their day was such a relaxed and warm hearted day. Crow Hill is a country house that you can take over for the whole weekend-home form home. It's a stunning house with lots of tall airy rooms. When I arrived early that morning it was a very lovely atmosphere, all the bridesmaids were getting ready and Elle's mum Joanne was in make up!! Elle was so happy and very chilled. All morning was so well organised, I loved how Elle had planned it so meticulously, it went so well and there wasn't the mad rush that's usually happens when brides get ready. I love the image where Elle becomes slightly overwhelmed once she has put on her dress, looking up to take some deep breaths. It was such a lovely moment! Elle's and her mum were so so close, you could see all through the day how much Joanne loved her daughter , she was so proud of her. Once we were ready to leave her dad and bridesmaids waited for Elle to come down the stair, her dad just held out his arm, such a tender and gentle moment that had us all tearing up! Once we arrived at the lovely church just a few minuets from Crow Hill. Elle's mum was so proudly waiting for the cars to show, her hands clasped and the anticipation on her face was amazing.

It was lovely and calm as all the bridesmaids helped get Elle ready to walk down the Isle. Through the ceremony Dan & Elle's love and emotions shone through. Elle's bridesmaids were so lovely and showed so much emotion walking down the isle.

Once we got outside the church everyone was congratulating the lovely couple, the confetti was thrown high!!! I noticed Elle's vail taking flight so I snuck in behind and just had to catch that! 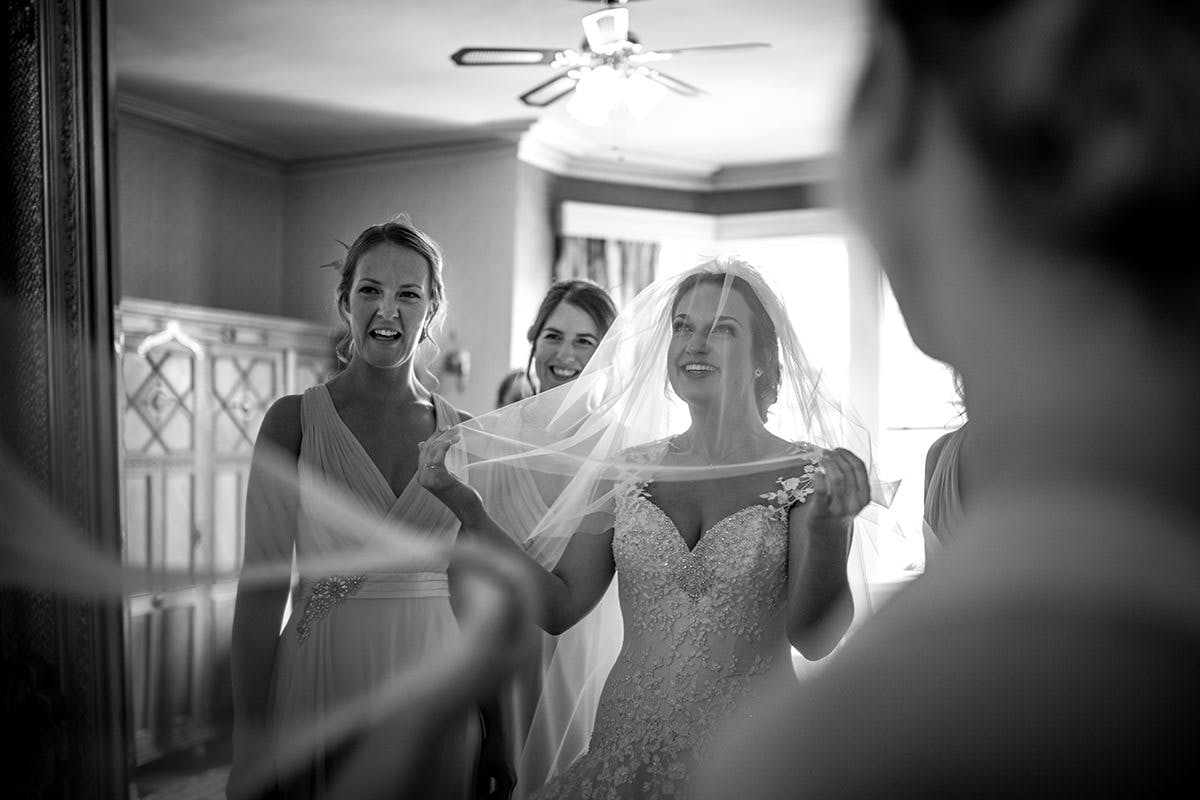 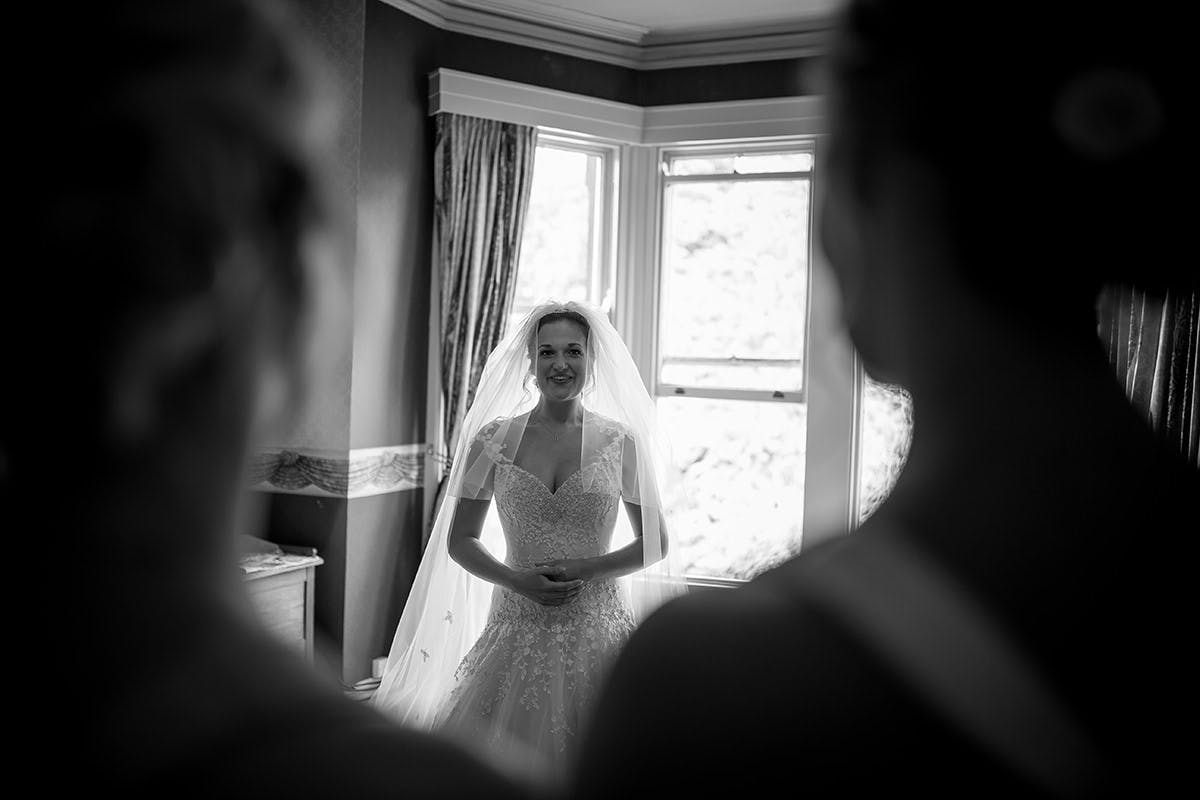 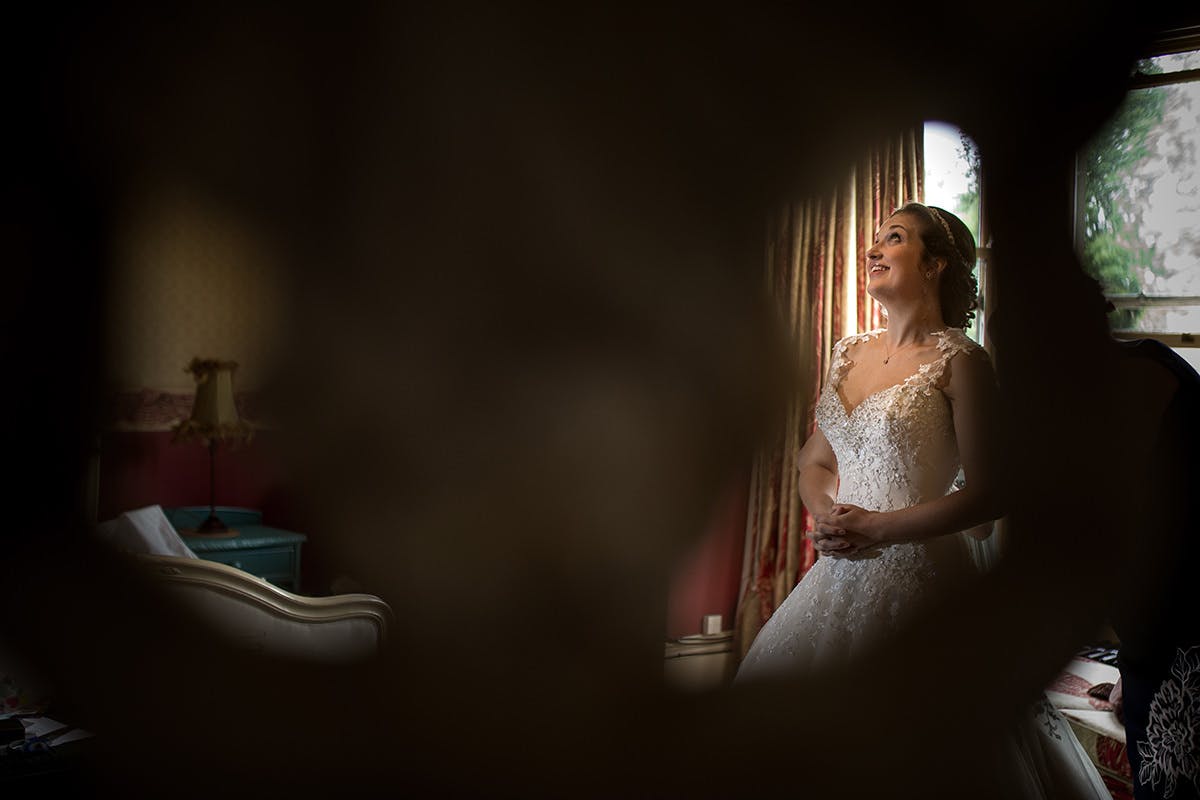 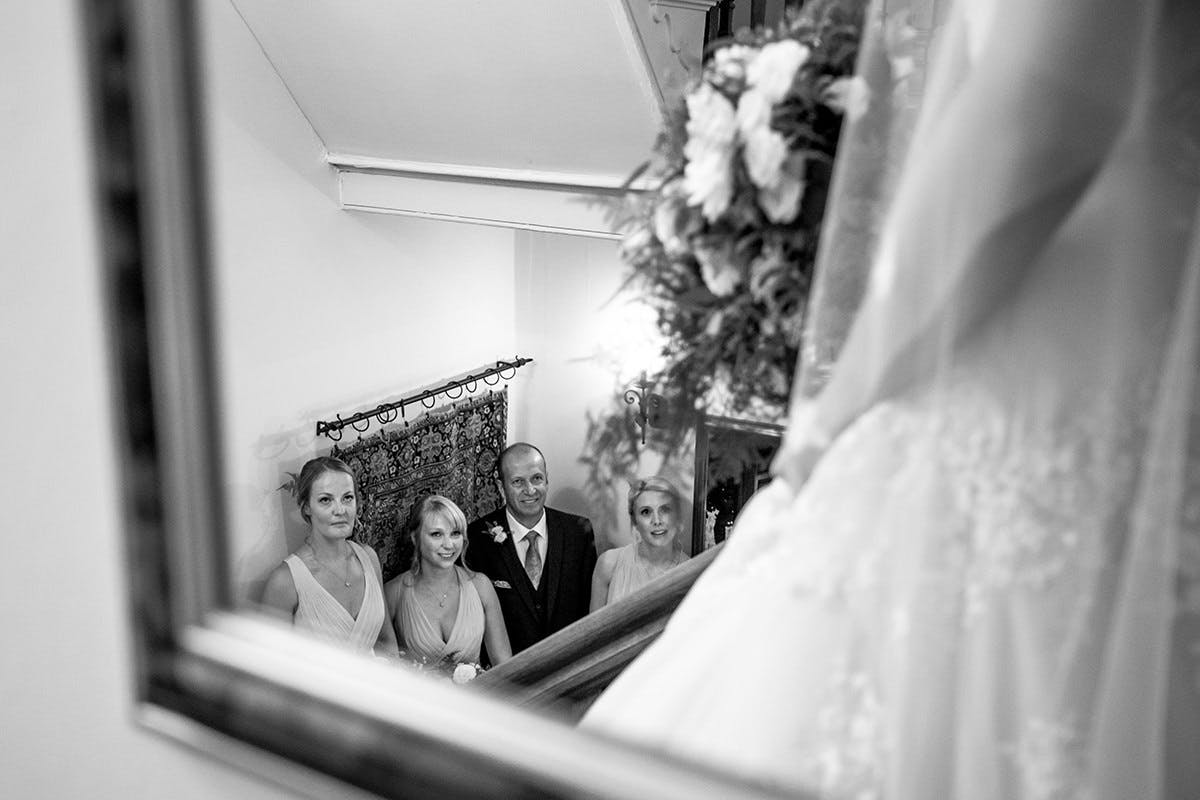 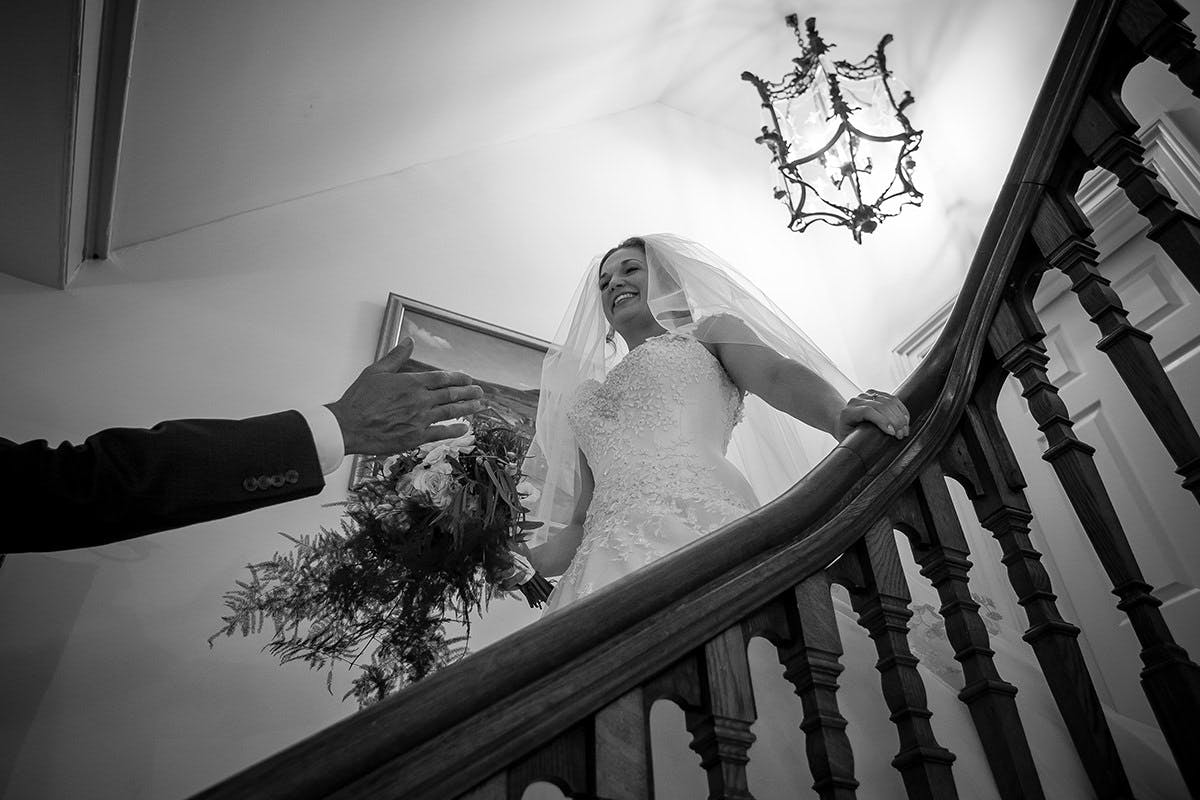 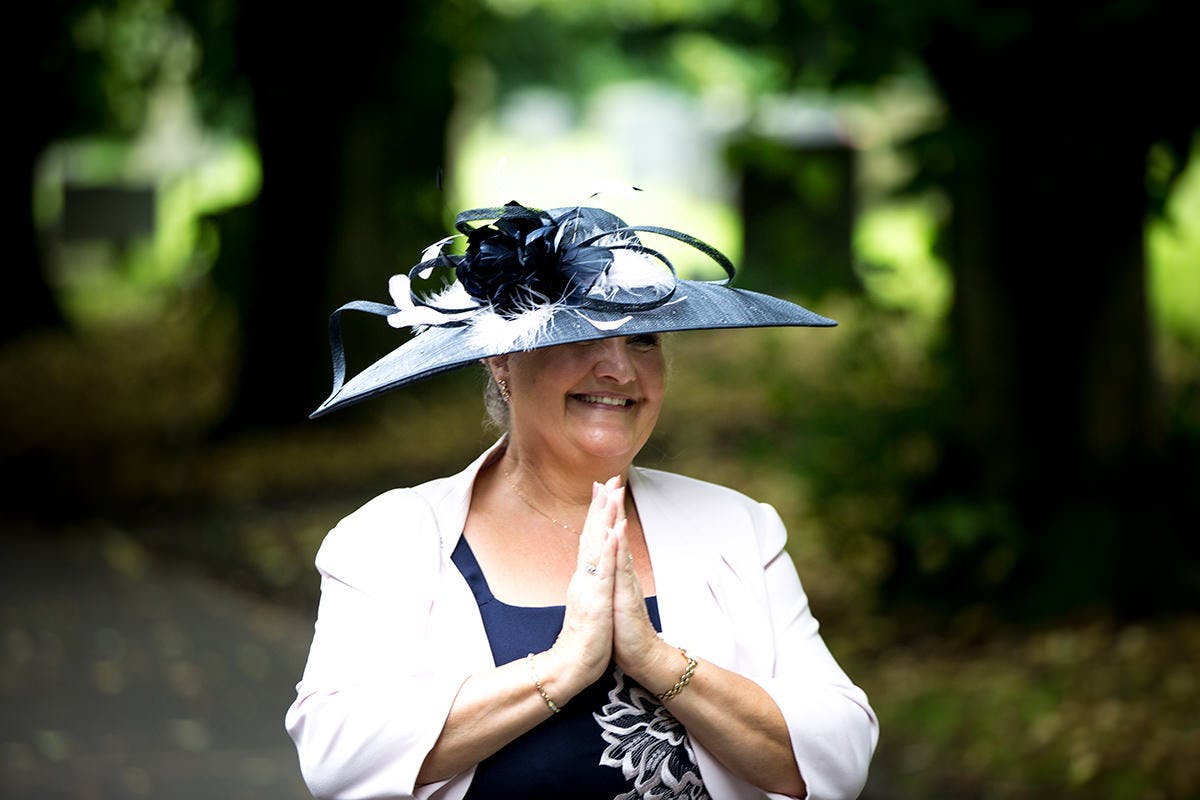 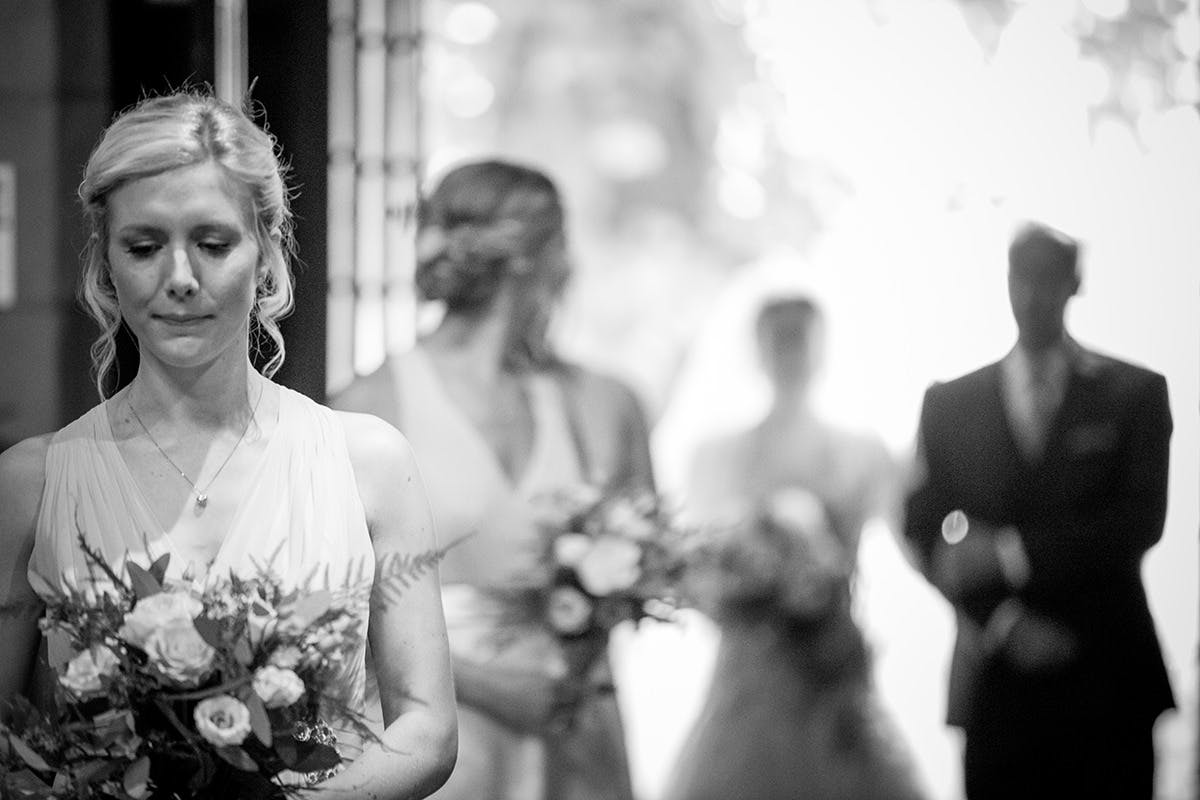 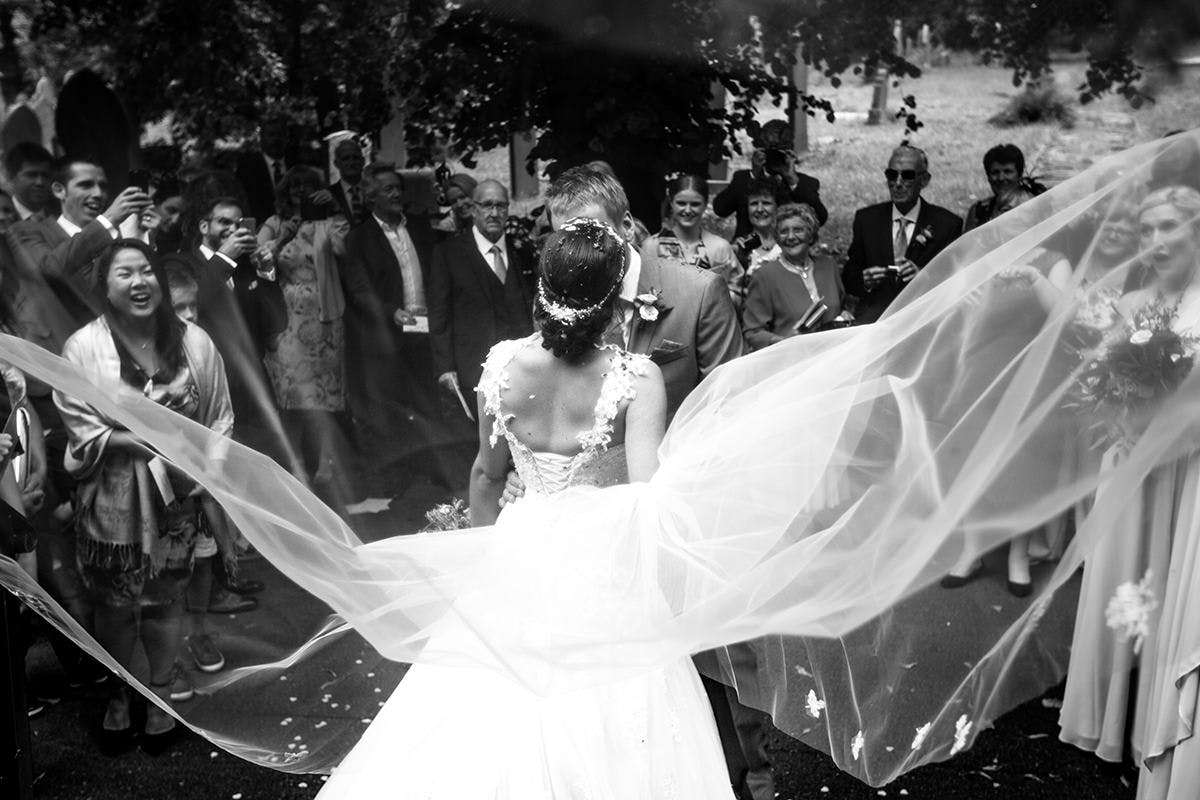 All the guests made there way back to Crow Hill, we stayed behind to capture some portraiture, the church had some lovely featured doors and little Bridges. It started to rain although that did not dampen our spirits, out came the huge white brollies and we carried on having fun. Once we arrived at Crow Hill Ellie's mum was waiting for her daughter, this is probably one of my favourite moments as Joanne held the brolly waiting for Elle, her face is priceless! Says it all!

The day carried on and was in full swing. After the speeches we dashed off for a couple of moments to get some portraits, the gardens at Crow Hill are so cottage like and there is lots of Lavender, which just had to be shot through!

Dan & Elle didn't have one wedding cake, they had about 20, it was so amazing that all their guests had baked something to bring for the bake off show down which took place before the first dance. Elle took to the mic and the judging commenced! And safe to say the show stopper won!!

Dan & Elle's first dance was gorgeous, lots of swishing around and some awesome moves from Dan, definitely some lessons and practicing had been taking place weeks before!! The night party was fantastic, lots of fun guests. We snook out for a little night time portraiture before returning back to the dance floor.

It was an awesome day and not one drop of rain dampened that. I wish you both so many years of happy times together! 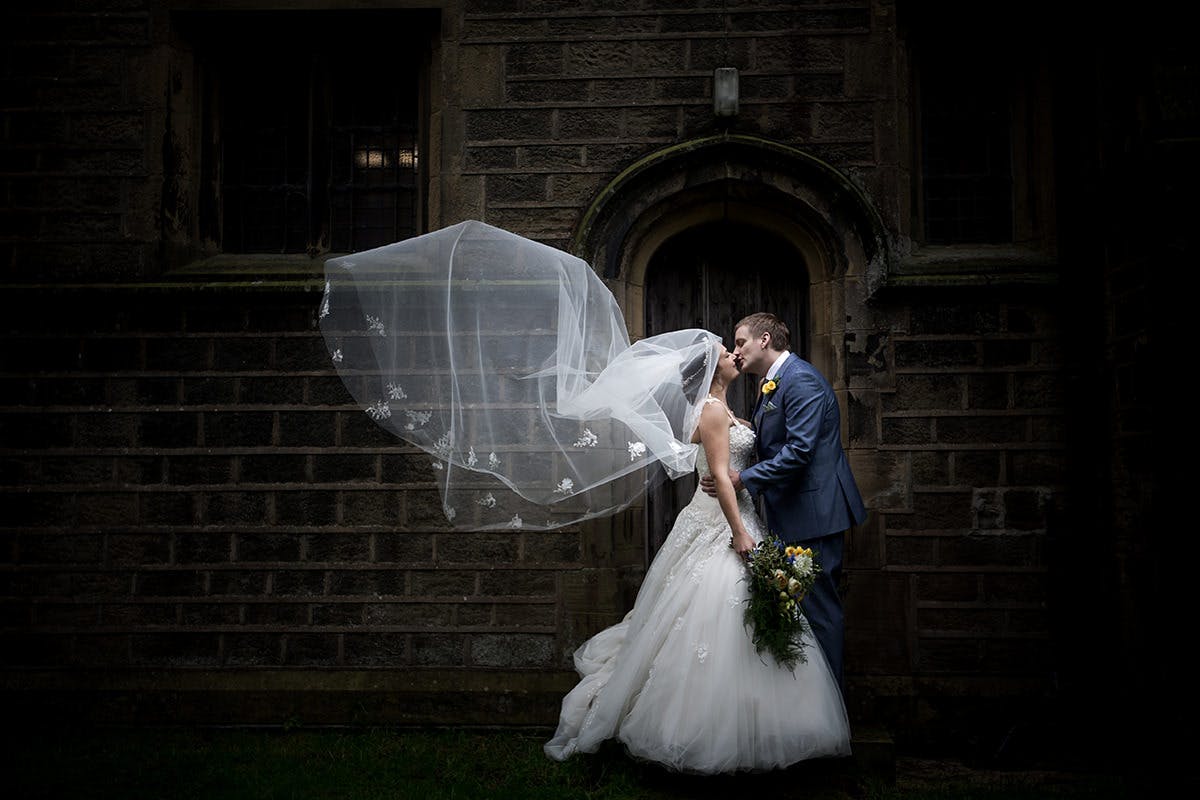 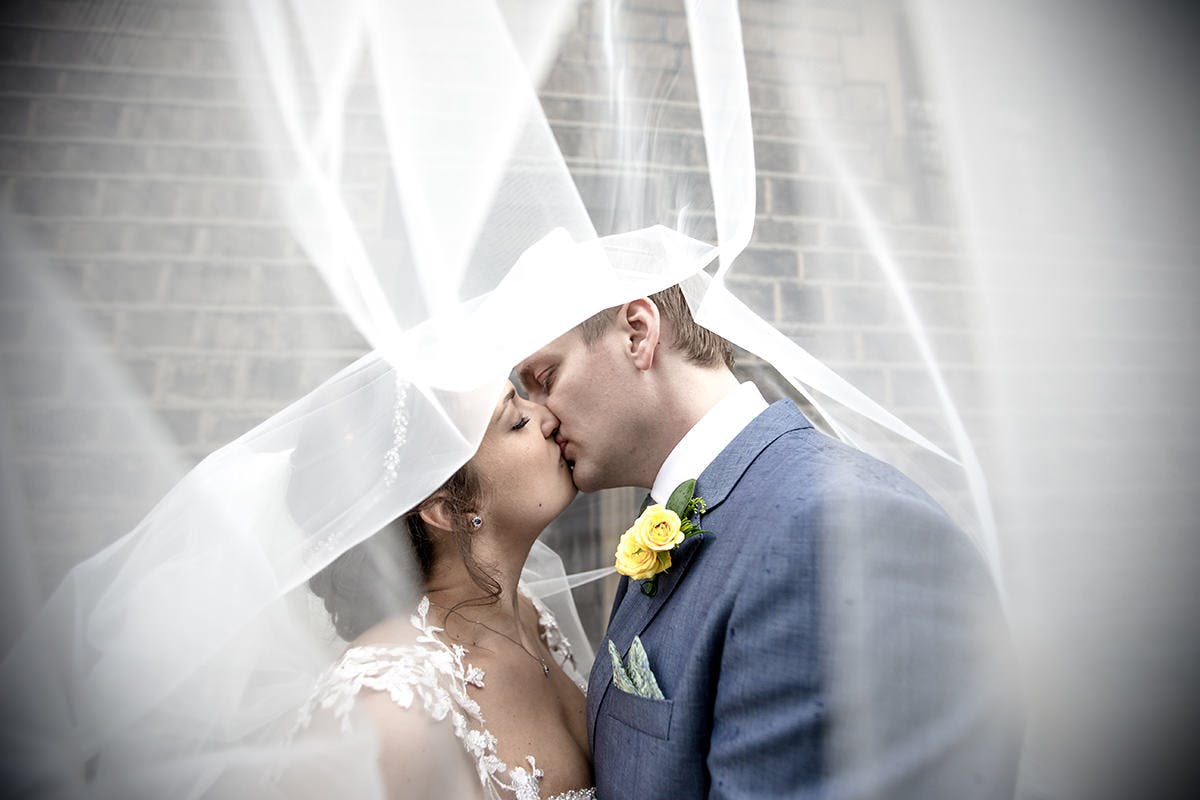 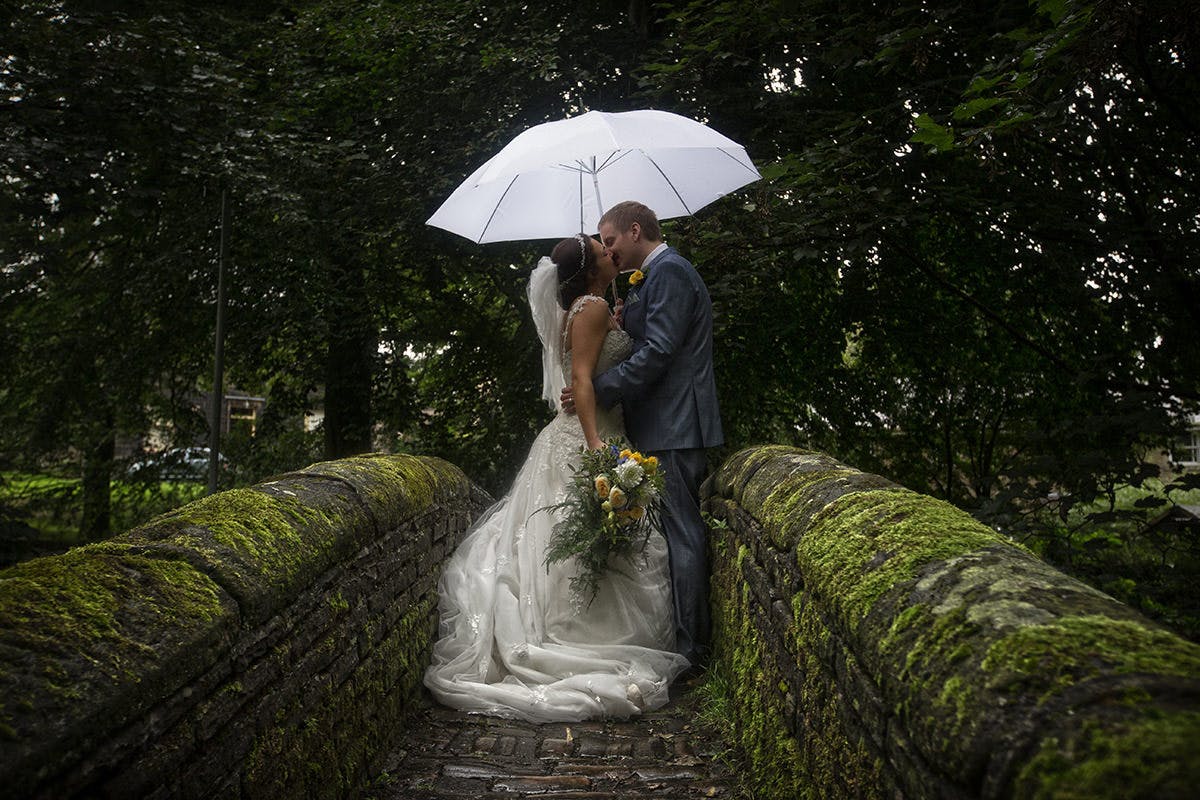 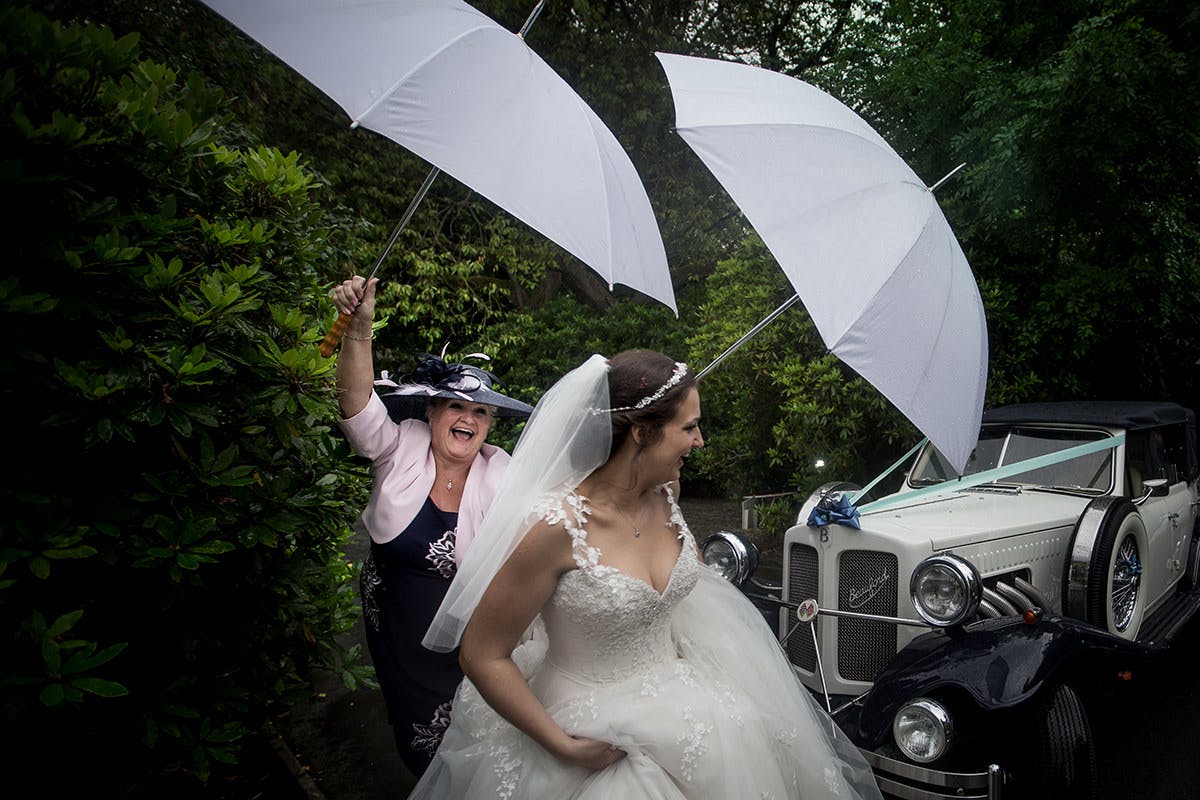 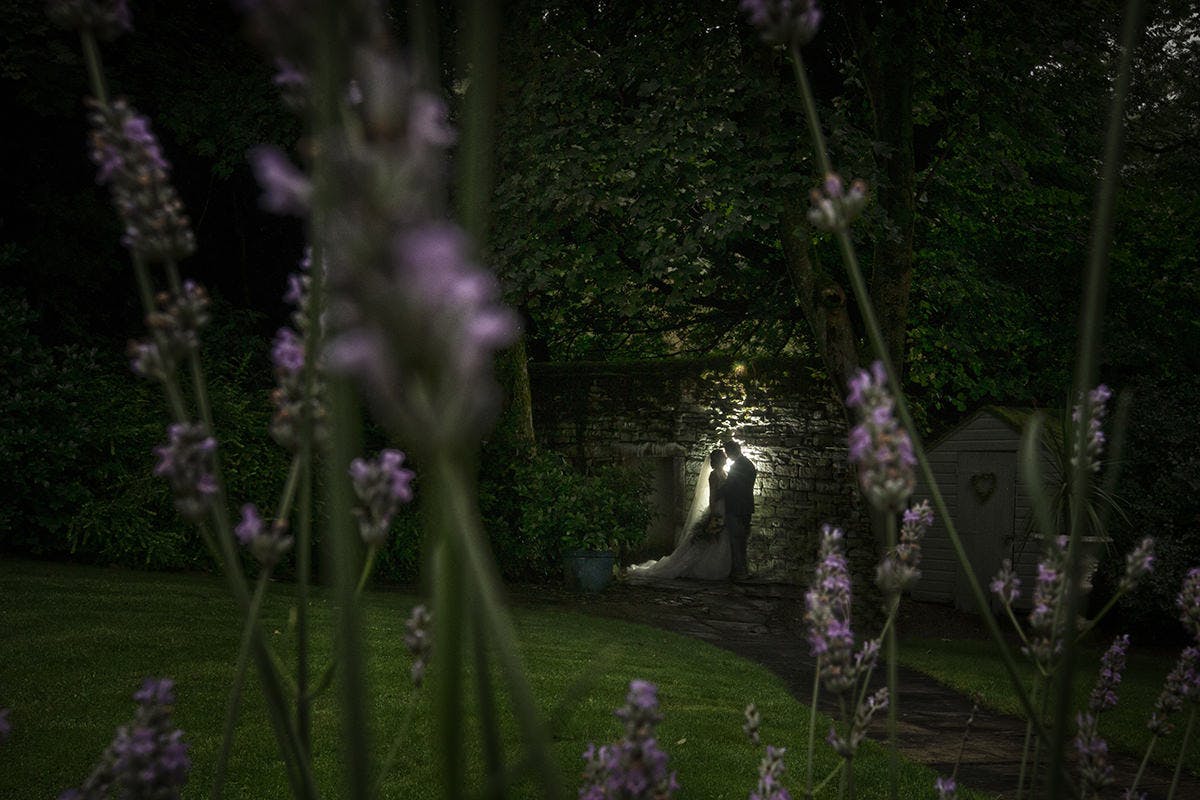 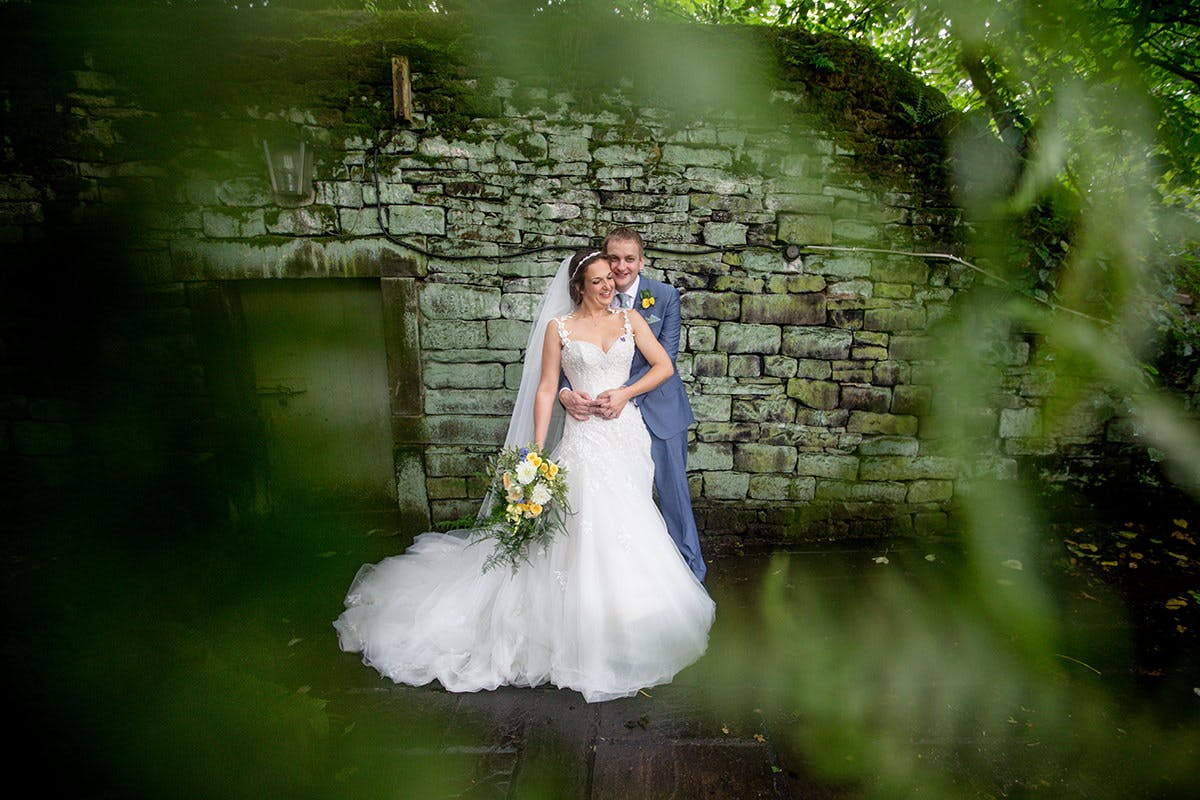 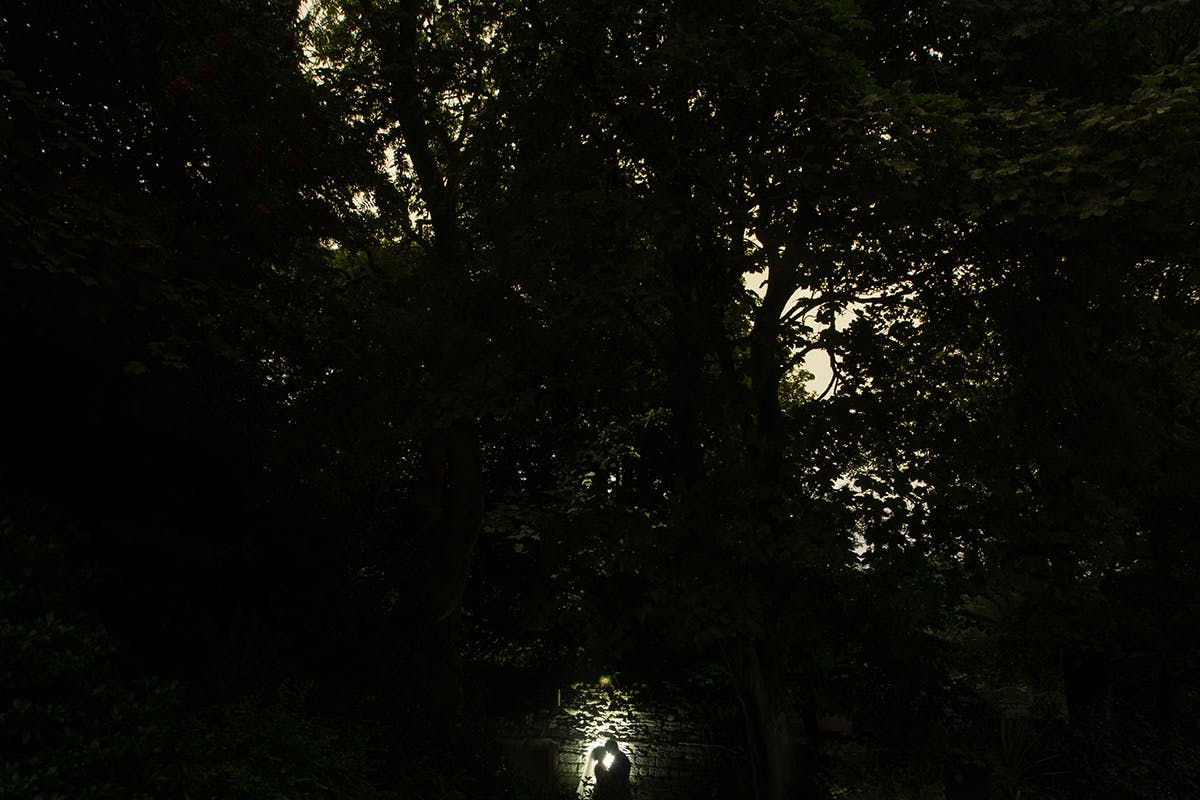 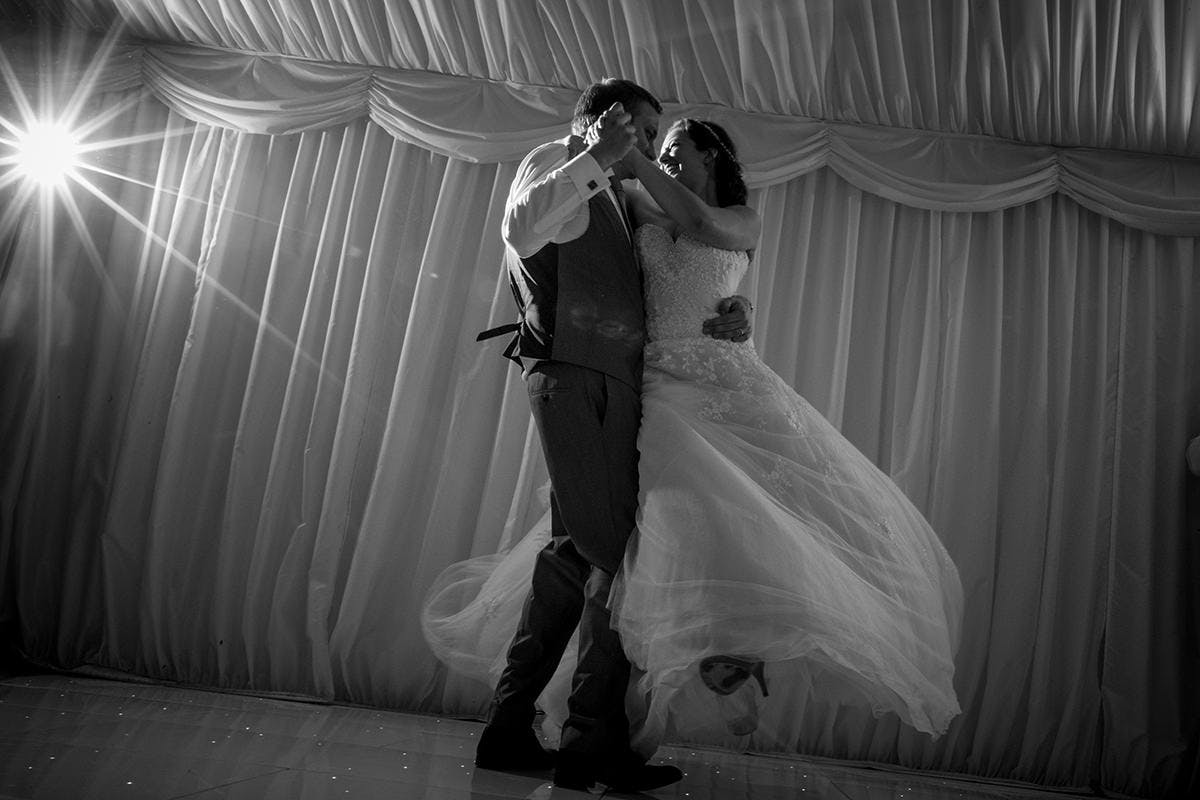 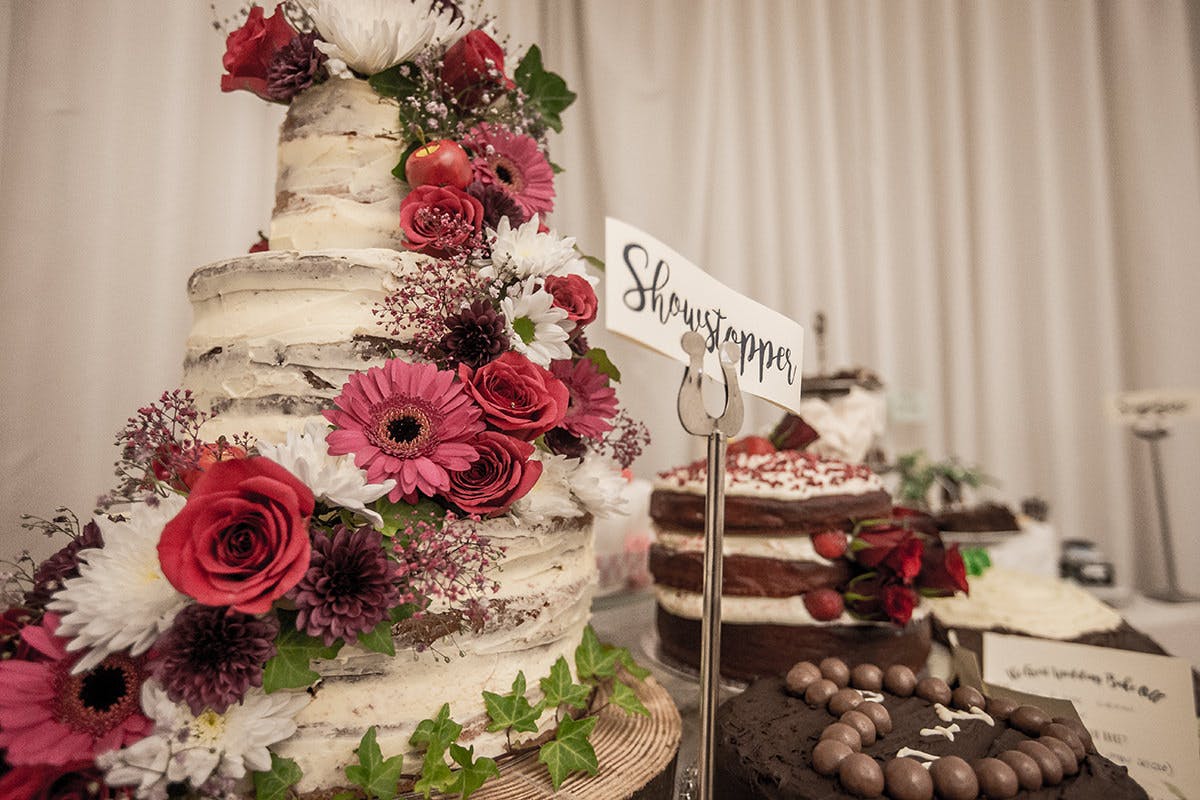 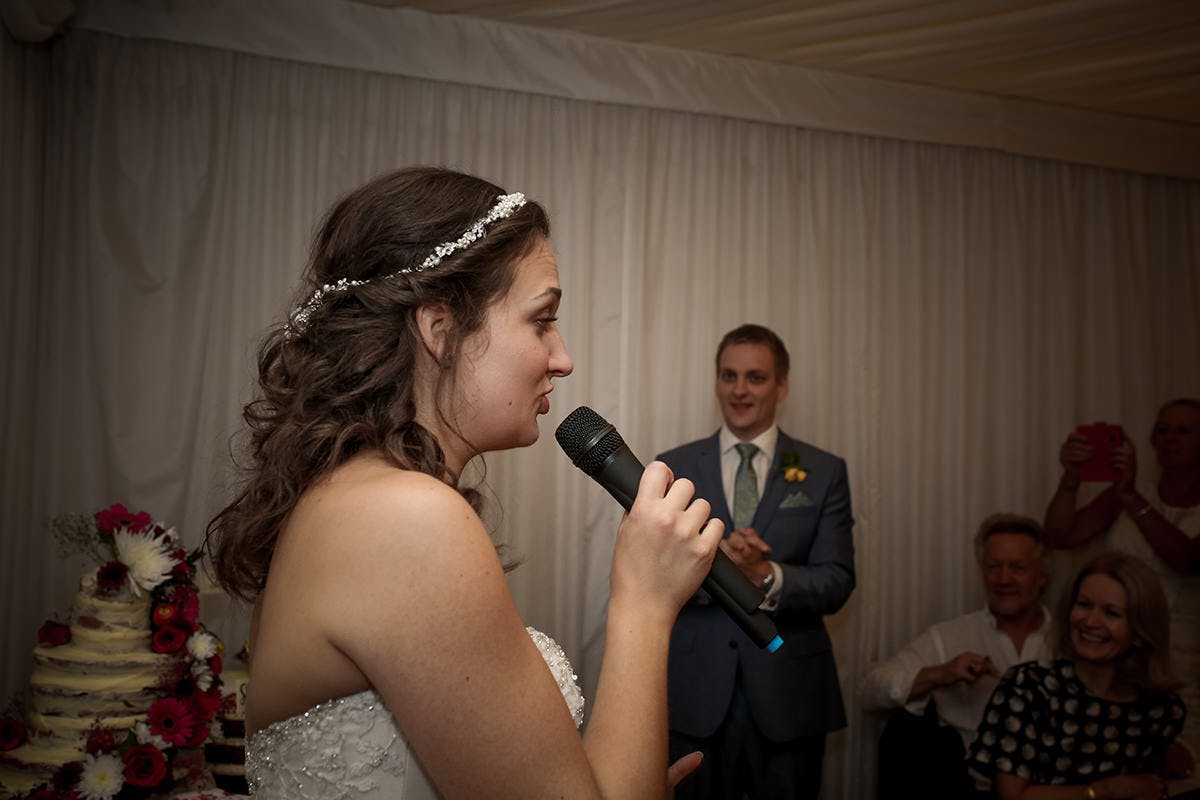 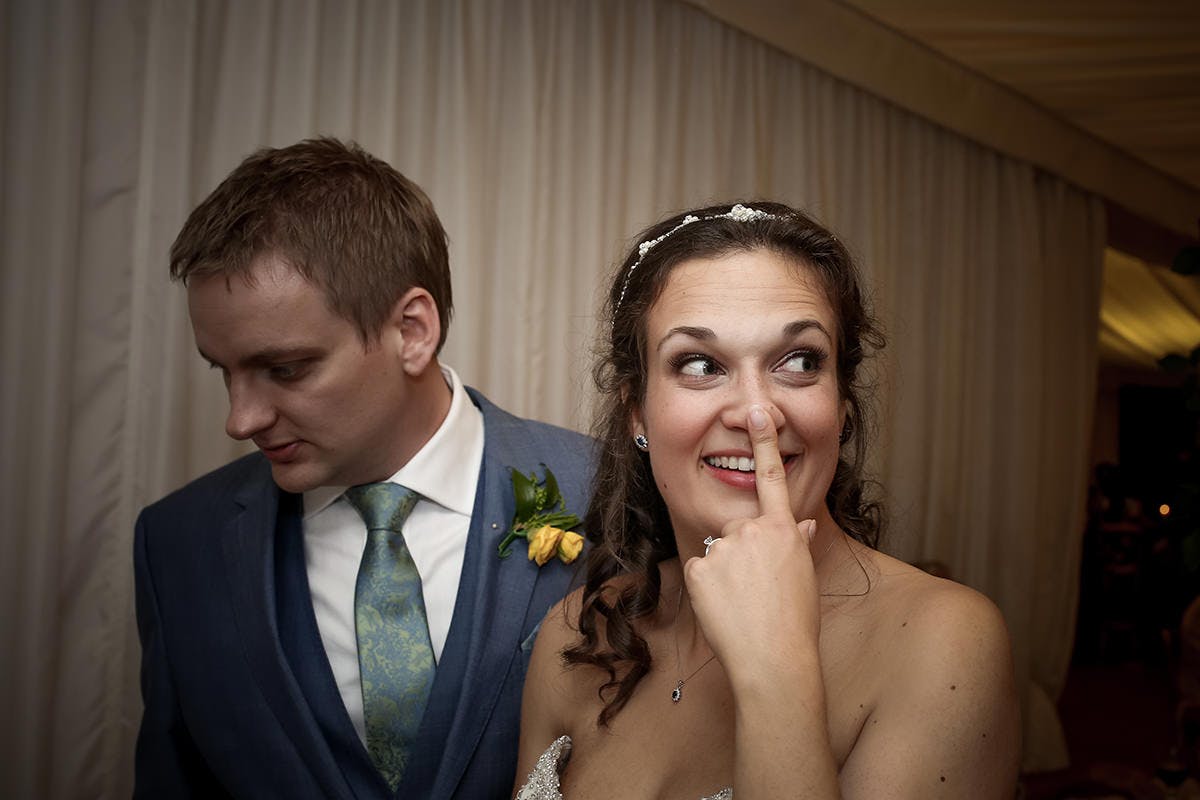 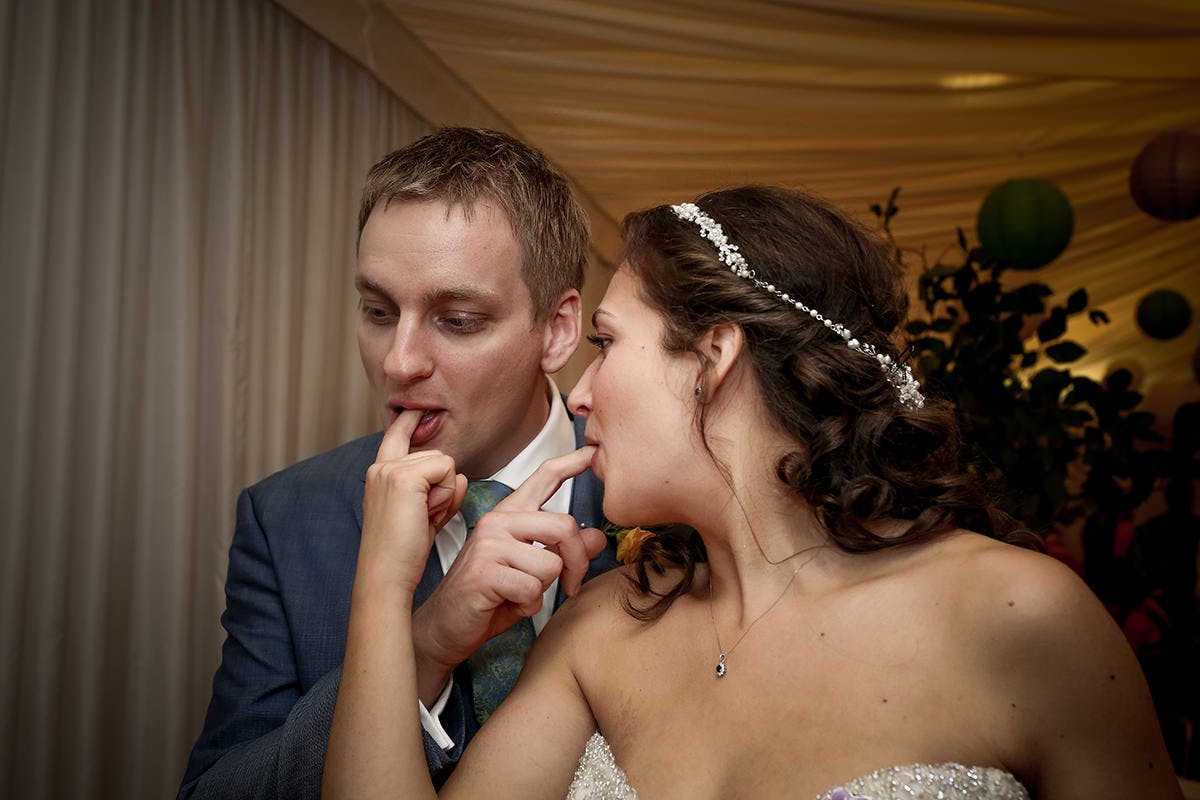 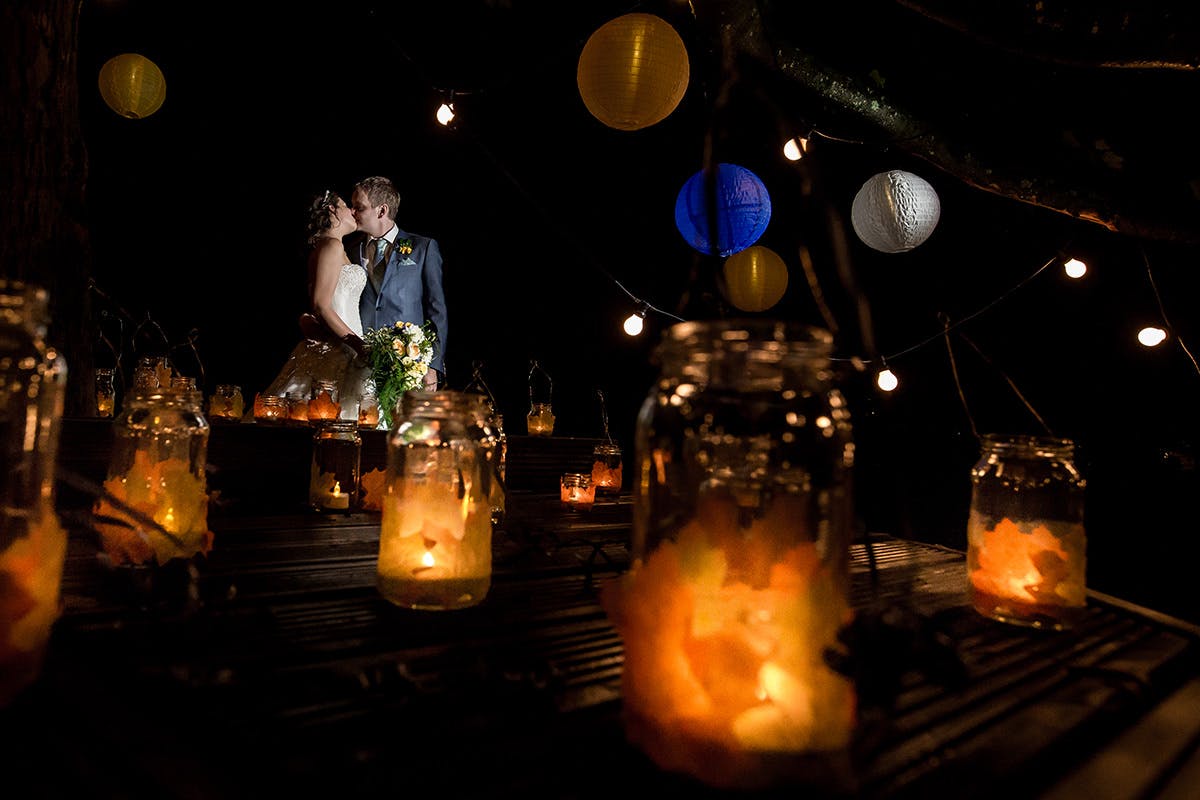